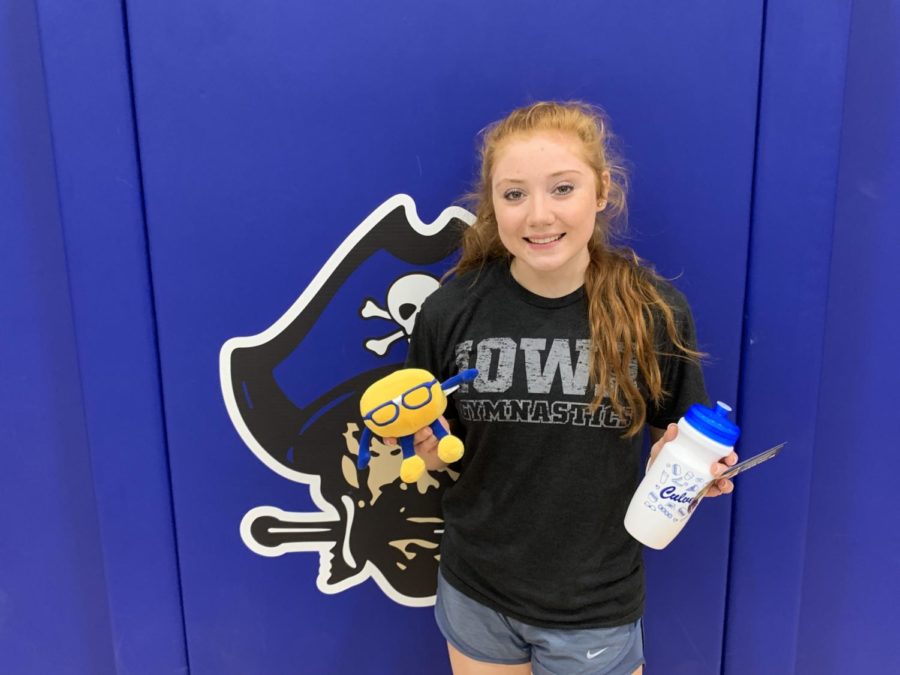 Junior softball player Kiera Lyden is this week’s Pirate Competitor of the Week sponsored by Galena Culver’s and the Galena Gazette.  Kiera played an instrumental role in the Pirates’ 16-15 come-from-behind win against Southwestern on Saturday.  Down 10-0 in the bottom of the 3rd inning, Kiera’s first of 2 inside-the-park home runs began Galena’s comeback.  An inning later, she hit her second home run of the day.  Kiera finished the day with 3 hits in 4 at-bats with 3 runs scored and 5 RBI’s.  Coach Dusty Berning praised the effort, saying “Kiera is a hard-worker who pushes herself in practice.  She’s one of the leaders on our team and that was evident in Saturday’s game.”  Kiera was honored with gift baskets from the Galena Culver’s, as well as newspapers courtesy of the Galena Gazette.