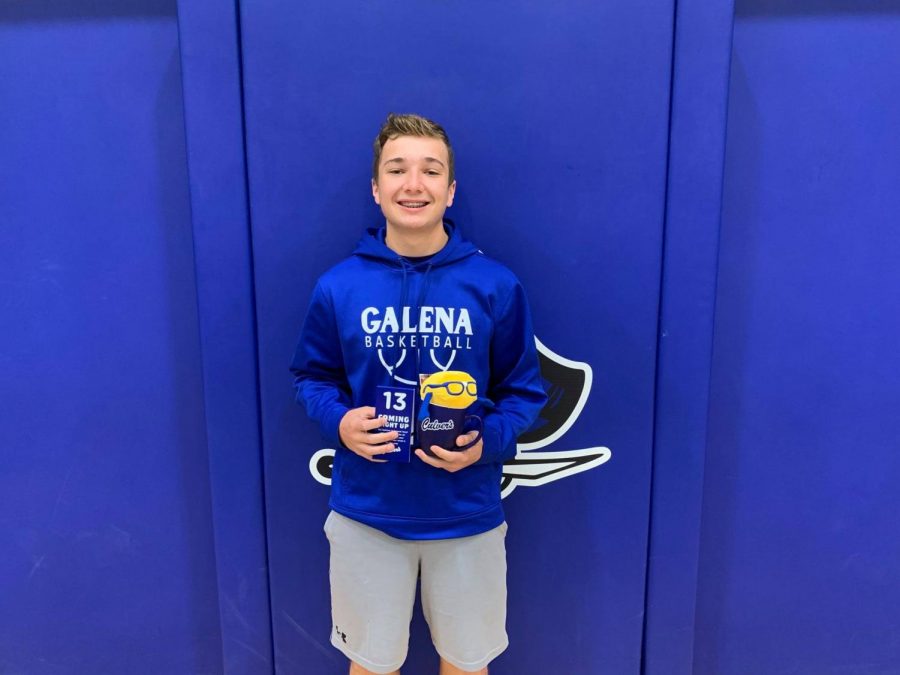 Sophomore harrier John Wubben is this week’s Pirate Competitor of the Week sponsored by Galena Culver’s and the Galena Gazette.  John’s willingness to step up, try something new, and take advantage of an opportunity to improve his fitness over the past few weeks as a member of the Cross Country team should be celebrated!  Coach David Eaton nominated John, saying “John was a late addition to the Cross Country team.  The Boys roster only had 4 members for most of the season.  In order to enter as a team for the postseason, a team must have at least 5 members.  John responded to a school wide appeal for 1 more boy to join the team in time for the Regional.  John practiced with the team for a couple of weeks and got one meet under his belt before the Regional. The boys were able to enter as a team which allowed his teammates to run with the other top runners at the meet rather than running in another heat with individual entries.  This helped two Pirates qualify for sectionals.  John’s decision to step up and join the team really made a difference!”  John was honored with a gift basket from the Galena Culver’s, as well as a newspaper courtesy of the Galena Gazette.

The Spyglass • Copyright 2021 • FLEX WordPress Theme by SNO • Log in